Of Pink Rooms and Playing Fields: Diversity in Action

Guest blog author Doug Brown is the CEO of All Star. 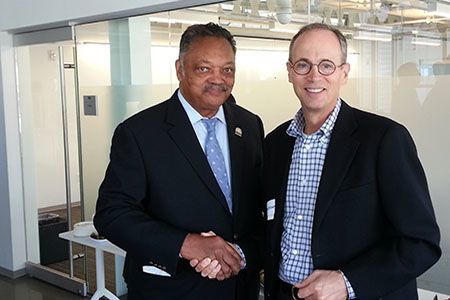 In 1975, as a college sophomore, I volunteered for a gender bias project conducted by MassPIRG (Public Interest Research Group). The project paired male and female college students of the same age who then submitted applications to employment firms and documented their experience in their initial agency interviews. My partner, Chris, was a woman from Smith College. Posing as University of Massachusetts business degree candidates, she and I created résumés that outlined equivalent experiences and coursework. The only notable difference in the documents: our genders. When we reached the Snelling & Snelling placement firm, recruiters steered Chris to office administration jobs, while I learned about management development programs. Chris filled out an application on a pink sheet of paper; mine was on white. Chris interviewed in an office with pink walls; mine took place in a wood-paneled room. I’m not making this up. At the time, Snelling & Snelling was one of the preeminent placement firms in the country. On the basis of widespread reports documenting discriminatory behavior, MassPIRG prevailed in a legal complaint against the company. It was a victory in the struggle for equality, and I’m grateful to have played some small role in the fight. Forty years later, the struggle continues. In the tech industry, women hold just 26 percent of the jobs. For African Americans and Latinos, the numbers hover around two percent. 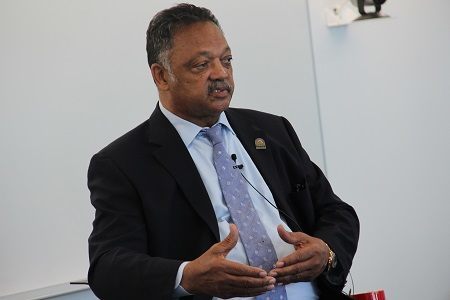 Last week, Reverend Jesse Jackson addressed the issue in a gathering of Seattle technology and community leaders organized by the Washington Technology Industry Association. “We didn’t know how good baseball could be until we let everybody play,” he told us in his opening remarks. Reverend Jackson was in Seattle for Amazon’s 2015 shareholders meeting to challenge Jeff Bezos over the composition of Amazon’s board of directors, which is notably lacking in gender and ethnic diversity. Jackson’s 2014 visit inspired the WTIA to establish a diversity initiative. The association’s 39-member board (of which I’m a member) now includes 13 women, and the last three appointments were members of minority groups. Jackson and other diversity advocates assert that we are hobbling our competitiveness and limiting our social and economic achievements when we don’t fully utilize the capabilities of all groups within our society. There’s ample evidence that companies with diverse boards of directors perform better than companies that lack board diversity. But it’s not sufficient to advocate diversity or equality; we have to demonstrate it by our actions and in our demographics. It’s not sufficient to for diversity candidates to win a tie; we need to have a mechanism by which organizations proactively achieve diversity at all levels. An organization cannot argue its commitment to diversity unless it is already diverse. All Star has demonstrated its commitment to diversity over the years, and today we can say: We aren’t committed to quotas, but we are moved by data and we are committed to diversity. To paraphrase my fellow WTIA board member and Moz CEO Sarah Bird: Now that everyone can play professional baseball, we know how good the sport can be. We still don’t know how good tech can be, but we aim to find out.
← All Star on the Move From Clue to Candyland: All Star's 9th Annual Putt-Putt Tournament →