From Putt-Putt to Ping Pong 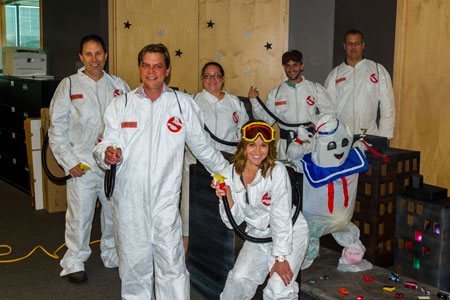 When I first started working at All Star I heard epic tales of a company Putt-Putt tournament.

I had my doubts, but then I got the email: Putt-Putt Save the Date! Theme this year is “Favorite Childhood Movie.”

Teams have one month to brainstorm and build, GO!

Luckily I found myself on the team of our resident ex Sea Gal cheerleader, fully spirited for the contest, and determined for victory. We were team Ghostbusters.

Now what seemed to be a simple premise turned into a full blown ordeal. People went all out. There were ramps, chimneys, drink concoctions, fog machines, lasers, the whole shebang. It was no joke, but at the same time hilarious.

This was when I knew All Star would be an exciting place to work, when our office can transform into a treachrous miniature golf course in the middle of a typical Friday. And while the competition was fierce, the Ghostbusters were inevitably triumphant!

Not only does All Star throw countless fun events, but they actually award the winners cash money. Surprisingly our team didn’t even realize there was a prize (we were in it for the glory), so we decided to purchase a game table for the company lobby with our winnings (like true philanthropists).

I must admit I was a little biased in this decision, as I have an extensive background in Ping Pong. But nobody knew that, not yet at least…

2 weeks after getting the table, our Mandatory Fun Committee (MFC) decided to hold a Ping Pong tournament, with brackets and matches spanning a month. 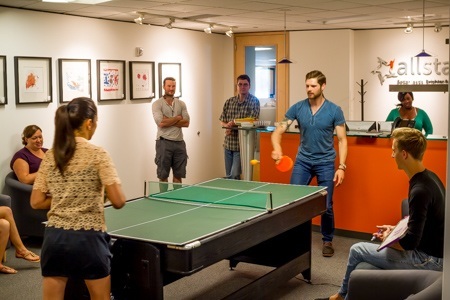 After weeks of ruthless competition the bets were placed, and the finals were set for a crisp Friday afternoon in September.

Paddles were thrown, balls flew, and prides were shattered, but at last I was crowned the All Star Ping Pong champion!

And that is how I navigated our company events from a Putt-Putt tournament to a Table Tennis Title.

But seriously, I was wary of company events until I worked here. My most pleasant surprise about All Star has been its steadfast commitment to comradery and the evident bond between employees that comes from it. Next up is the air hockey tournament, better start practicing…