From Clue to Candyland: All Star’s 9th Annual Putt-Putt Tournament

The pros may have been in town for the U.S. Open recently, but All Star has plenty of golf champs right here in the office.

Last Friday, eight teams descended upon the stairwell, common areas, and other corners of the new All Star office to build a putt-putt golf course.

This year’s theme: board games. With a month’s notice and a $50 spending maximum, each group had to use creativity and craftiness to design an above-par hole.

Rest assured, there weren’t any rickety windmills or acrylic dinosaurs blocking a shot. Here’s a look at each hole. 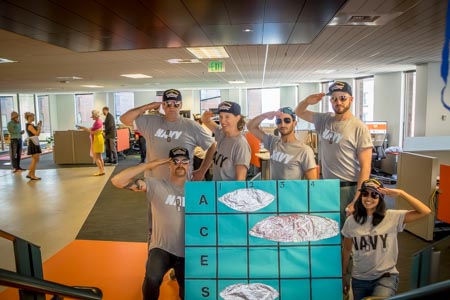 Candyland: All Star’s largest conference room experienced a major transformation during Friday’s tournament, with tables were pushed aside to make room for one of the most expansive courses of the day. Players had to navigate a curvy layout dotted with balloons and candy. Let’s just say it was nearly impossible to get a hole-in-one. 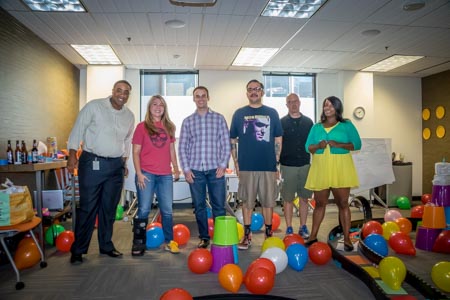 Chess: Nestled in the back of the office, the chess course was simple in appearance, but more challenging than it looked. Golfers needed to hit the ball through a black-and-white-striped tube running through the middle of the chess “board.” 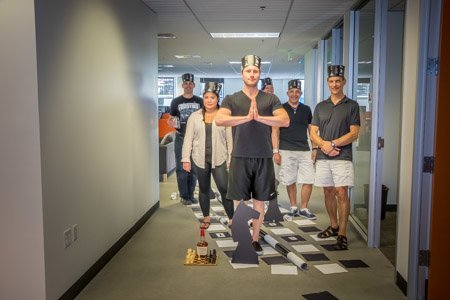 Chutes and Ladders: Going beyond just the chutes and the ladders, this team, which included CEO Doug Brown, incorporated ramps and tunnels into its course. Keeping with the game’s color scheme, chutes were made with cardboard covered in red paper. Ladders? Stolen from the utility closet. 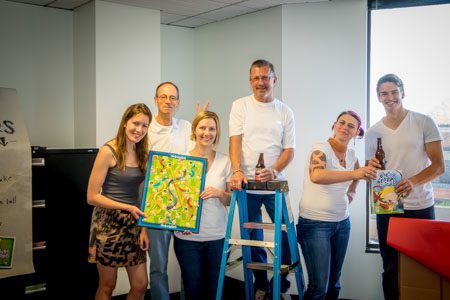 Clue [Winner, Best Hole Design]: With the help of dollhouse furniture, books, live plants and a little bit of carpentry, the Clue team recreated the game’s famous mansion. For an even more authentic feel, each member dressed one of the parts, from Mrs. Peacock to Professor Plum. And to answer the question on everyone’s mind: It was Colonel Mustard, aka Executive Vice President Bill Hummel, with the candlestick in the dining room. 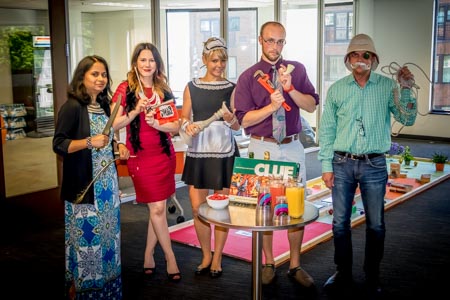 Dungeons and Dragons [Winner, Best Costumes]: Throughout the week, rumors were swirling that Director of Software Development John Kercheval was putting his woodworking skills to use. The D&D course did not disappoint. Players began inside a tent complete with strobe lights and an intricate lantern and had to decide between two routes to hit the ball. The biggest challenge? Use a medieval tool, such as a (plastic) sword, instead of a regular golf club to get the ball to the castle. 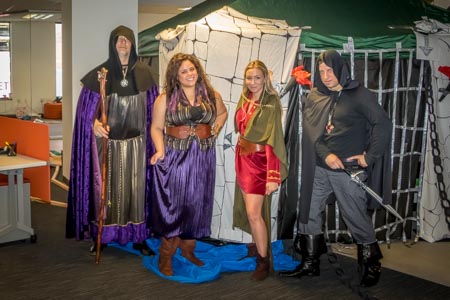 Operation: Designed with a steep incline, the Operation golf course also took a gruesome twist. The team donned “blood”-splattered costumes and used the Showtime series “Dexter” as its inspiration for décor. 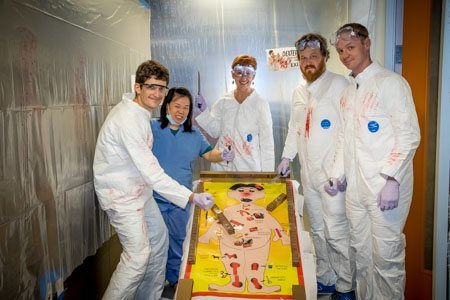 Uncle Wiggily [Winner, Best Overall]: The classic board game (first released by Milton Bradley in 1916) came to life with the help of an inflatable alligator, kiddie pool and adults dressed as animals. Team members wore everything from extensive face makeup to a fox tail to get into the spirit. 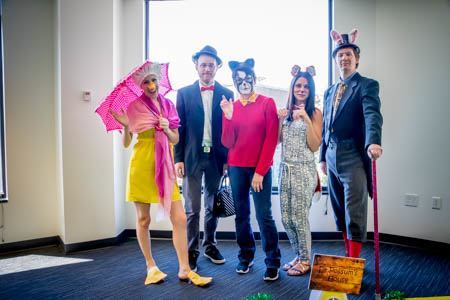 The three winning teams receive cash prizes and the undying admiration of their colleagues–until next year, that is!

← Of Pink Rooms and Playing Fields: Diversity in Action Back to School: All Stars Volunteer at the Seattle Urban Academy →